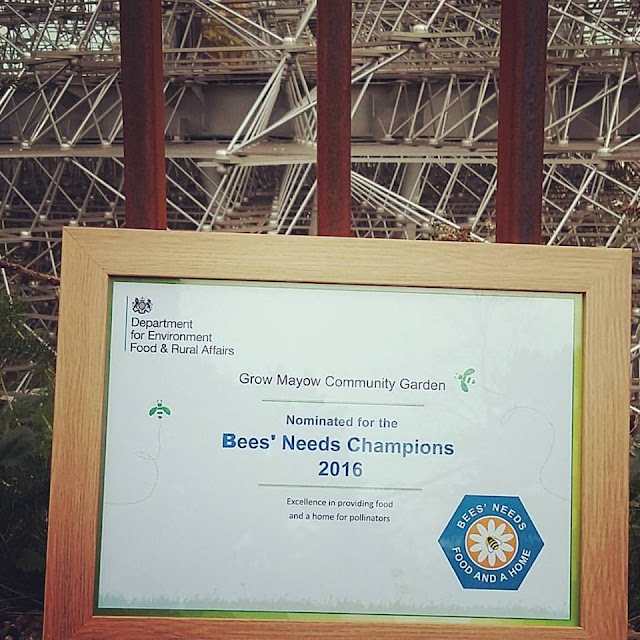 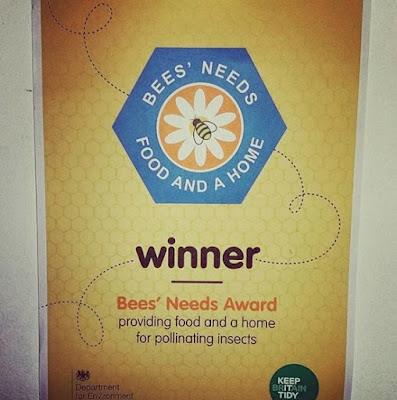 WHY WE NEED BEES 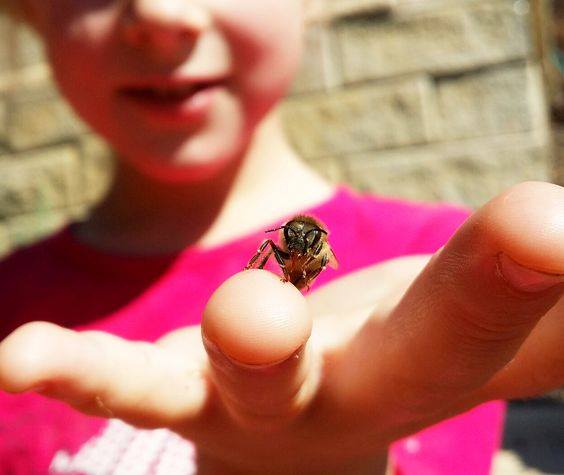 Bees are in trouble. There is growing public and political concern at bee decline across the world. This decline is caused by a combination of stresses - from loss of their habitat and food sources to exposure to pesticides and the effects of climate change.
More than ever before, we need to recognize the importance of bees to nature and to our lives. And we need to turn that into action to ensure they don't just survive but thrive.

What are honeybees?
Honeybees are like bumblebees and ants they are social insects that live together in a large group with a differentiated division of labour.
Their body consists of a head, thorax and abdomen.
Females bees can give you a sting but they almost never do, as they will die afterwards.

How many types of Bee are in a Honey Bee colony?
Three  - a single queen, thousands of female workers and in the summer hundreds of male drones. The drone bee does no work and in the early autumn the workers and die evict them.


What Does The Queen Bee Do?
The major purpose of the queen is to lay eggs.
During April and May she lays day and night, each egg taking about 20 seconds. That’s over 2000 eggs a day, more than her own body weight. The queen mates only once and holds sufficient sperm from the male drones to lay eggs for 3-5 years, incidentally the drone bee dies in the process which must come as a major disappointment for him.

1. Bees construct up to 20 wax queen cells, which are acorn like and point downwards.
2. The queen lays fertilised eggs in each queen cell.
3. The young (nurse) bees feed the young queen larvae with a rich creamy food called Royal Jelly, and extend the cell downwards until it is about 25mm in length.
4. Nine days after laying, the first queen cell is sealed with a layer of wax capping.
5. This is the time for a large swarm (called a prime swarm) of bees leaves the hive led by the older bees. The old queen has been starved of food to make her lighter and able to fly. The older bees cajole the old queen to join the swarm.
6. Eight days later first virgin queen leaves her cell. Two things can now occur, either the first virgin queen leads a smaller swarm from the hive (called a cast) or she locates the other queen cells and kills her sisters by stinging through the wax wall of their cells.
7. About one week later the young queen takes her first flight to orientate her to her new surroundings.
8. The queen will shortly take several mating flights in which she will mate with up to 20 male bees called drones.
9. Three days later the mated queen will begin to lay fertilised eggs.
10. This queen will stay with the colony until at least the following year when she too may lead a prime swarm.
How do bees make a queen?
The making of a queen is triggered usually by a combination of conditions such as congestion in the hive and lack of egg laying space this culminates in a swarm.


A healthy hive contains more than 50,000 bees. On an annual basis, these approximately 35 to 50 kg of pollen and  a variety of nectar. The protein-rich pollen is necessary for the development of the larvae. For a good development are various types of pollen required to cover the entire protein requirements of the bees.

All together it is a few hundred kilos of food to be dragged inside the hive.
And this must be done efficiently.
So worker bees explore the area very well.
When they found that a reasonable amount of food is available, they fly back do a  pretzel-like  (bee dance) in which they indicate which direction to fly where the fod is.

The more there is to get, the more intense the dance. Large areas with flowering plants can then be massively visited by bees in a short time.

There are many tasks in the hive. Such as (making combs of wax) building bees, nursing, , the gatekeepers, the polishers.
The age of the workers plays an important role in the distribution of work in the honeybee colony.
In the first phase of her life as an adult when a worker remains in the centre of the brood.
After a week or two they shift operations of the worker bee to assist in the processing and storage of food or in the defence of the entrance. After about three weeks, she will continue her career as gather bee . They usually continue to do this until the end of her life, after about five weeks. Foraging is the biological term used for regularly recurring search and finding food. 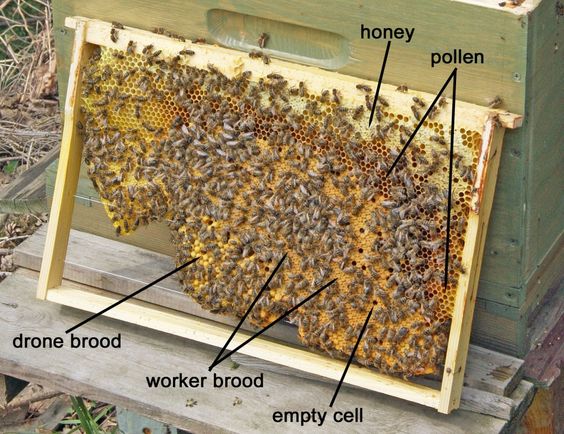 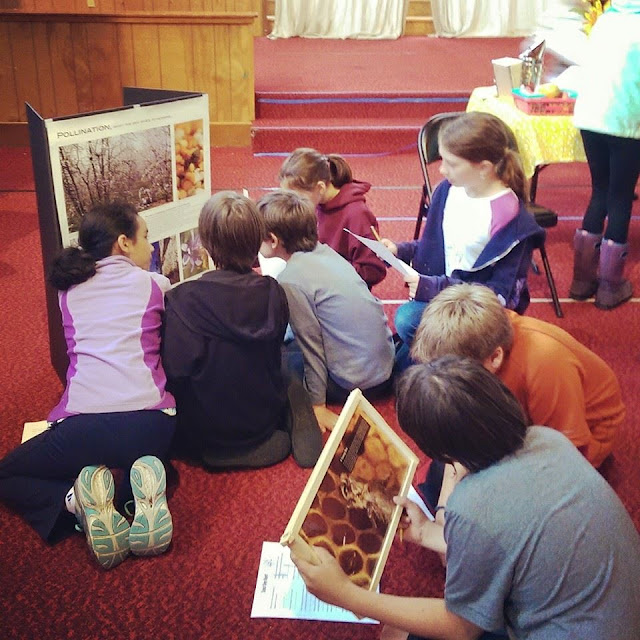 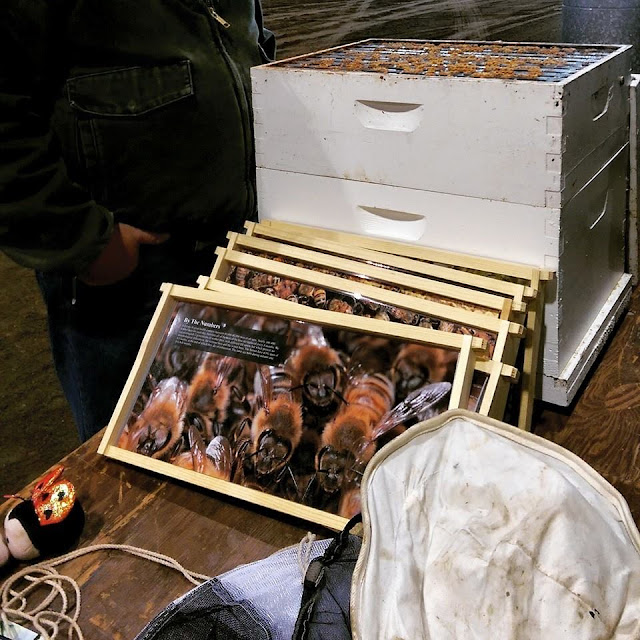 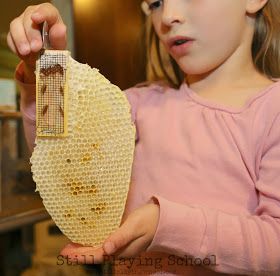 This summer our bees have been very busy and the queen is very healthy lying about 2000 eggs a day
Imagine how much space they need with all these new babies.
When checking up last time we did notice lots of bees and plenty of brood so we added an extension by adding another brood box.
In the brood box is the queen this is where is lays her eggs.


We don’t want eggs and honey to mix so in between the brood boxes we have what’s called a queen excluder. 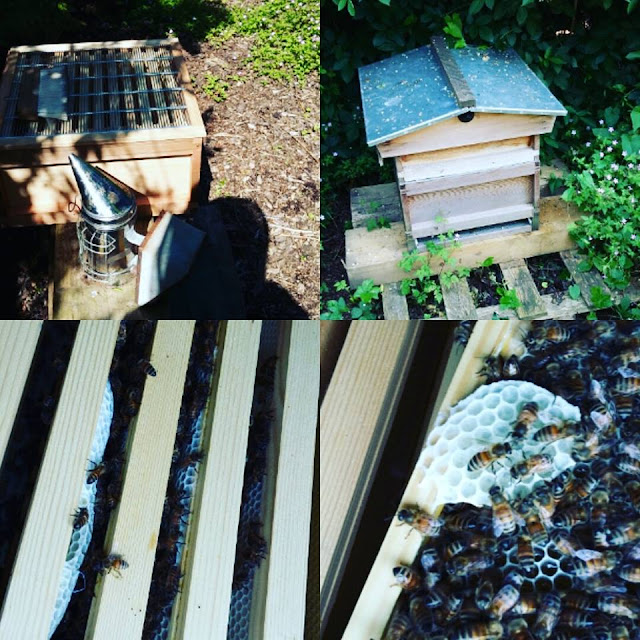 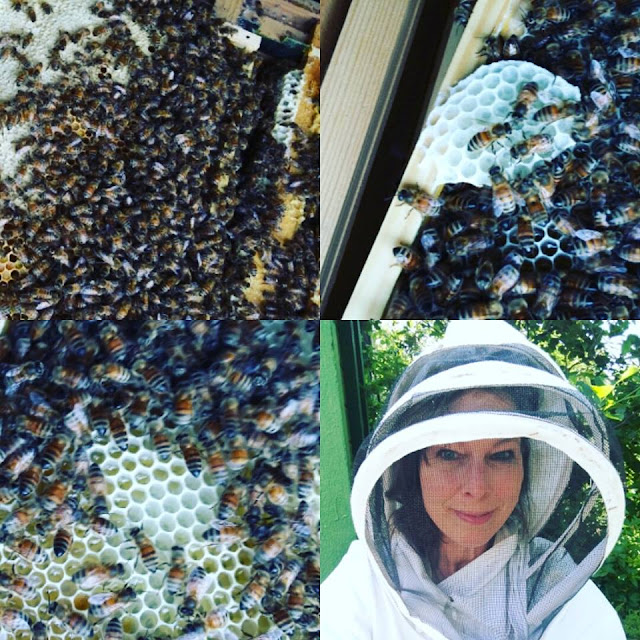 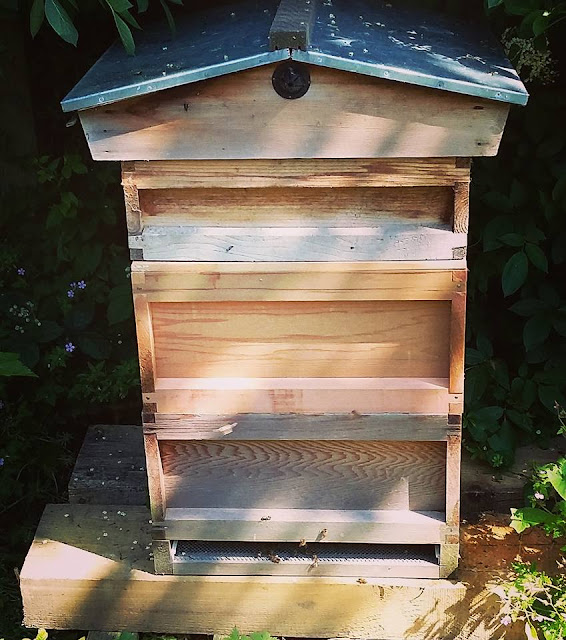 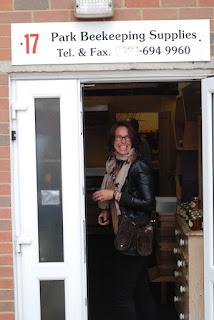 It was an exciting day after waiting so long for the new bees to arrive.
We ordered our bees from Park beekeeping supplies who are a small business in South London Greenwich 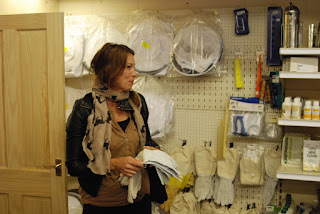 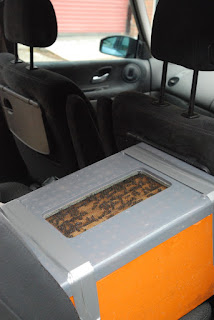 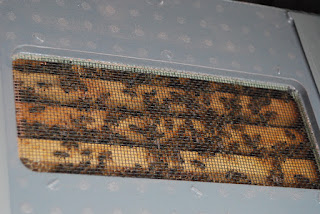 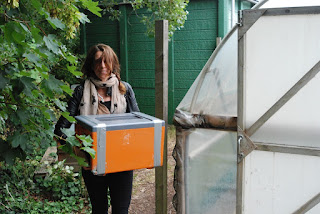 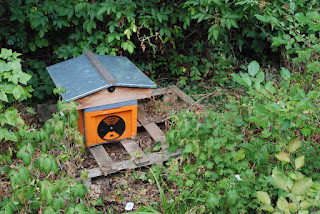 The bees have settled in very well and after 24 hours we moved them into their new home. 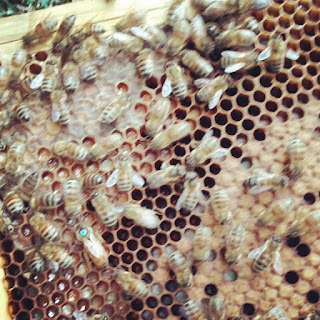 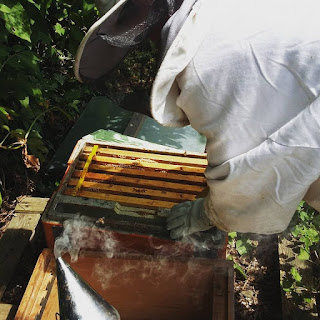 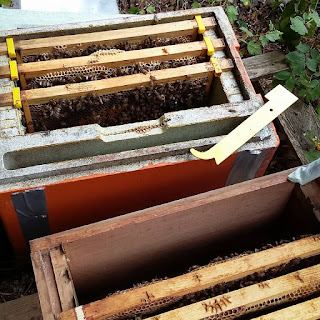 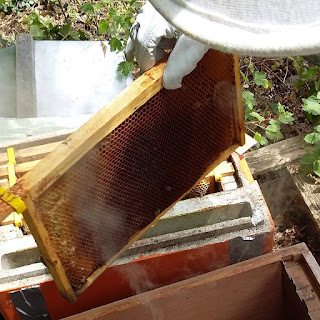 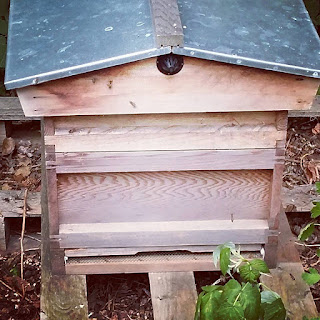 Its now been a few months and we had a quick peek the other day and its been buzzing with happy bees.

Popular posts from this blog

By Grow Mayow Community Garden
Our Story GROW MAYOW COMMUNITY GARDEN H E L L O Grow Mayow Community garden Once a old park keepers depot, is now an award winning not for profit community garden. Its run and maintained by volunteers. We run weekly activities for which we charge a small fee to help us pay for the garden's up-keep. See the what's on page here    It's the perfect place to both learn and relax, and is a great place for kids . A favorite place to visit for local families, gardeners and wildlife watchers from further afield. There are plenty of families who are not so fortunate to have a garden and those rely on the park and a community garden for their well being and a place where all can learn, play and grow together. We are a resource for community outdoor education and recreation for all to give visitors and volunteers the opportunity to improve well-being and knowledge and to encourage and promote ecological diversity. A community garden is an important par
Post a Comment
Read more

By Grow Mayow Community Garden
SUMMER IN OUR GARDEN  We get a lot of questions about low maintenance gardening with interest and plants for pollinators. Below you will find some come and come again annual seeds we sow in October. Most of these plants we have sown only once and they come back year after year with not having to do anything.  Now, how easy can that bee? Ami Majus Cerinthe Mayor Cosmos Crimson red clover Foxgloves Phacelia  Honesty Lunaria Poppies  Alliums ( Bulb ) Crocus                                 A P R I L 2018 S U M M E R For those that follow Grow Mayow on  Instagram ,  you will have already seen some of these photos.   Still, I have added some new ones too.  We had this little fellow on the Cardoon all summer long, loving it. Don't blame it, really! What a dream!!    The Cardoons also called artichoke thistle have now gone  from the br
Post a Comment
Read more

By Grow Mayow Community Garden
At Grow Mayow Community Garden we have been keeping honeybees for years.  Every volunteer can have a hands on experience into beekeeping.  I taught many people beekeeping and some went on to have their own hives and some like Paul made a life changing decision to change his career into becoming a professional beekeeper.  Here he is back at the garden and now teaching Caroline, one of our volunteers  ( and me holding the camera )  Thank you for watching For  part 2 click here         I n the back of our garden we are keeping bees for over 10 years  and they are thriving well. KIDS AND BEES The mission of the Kids and Bees program is to educate the next generation of citizens on the importance of bees and inspire them to take part in the bees' preservation.   WHY IS IT IMPORTANT? Our bees provide one out of every three bites of food that we eat.   No bees, no food, no us    It's also a commonly known fact that our bees are in troubl
Post a Comment
Read more